Vietnam Varietals: The Race to Save Rice 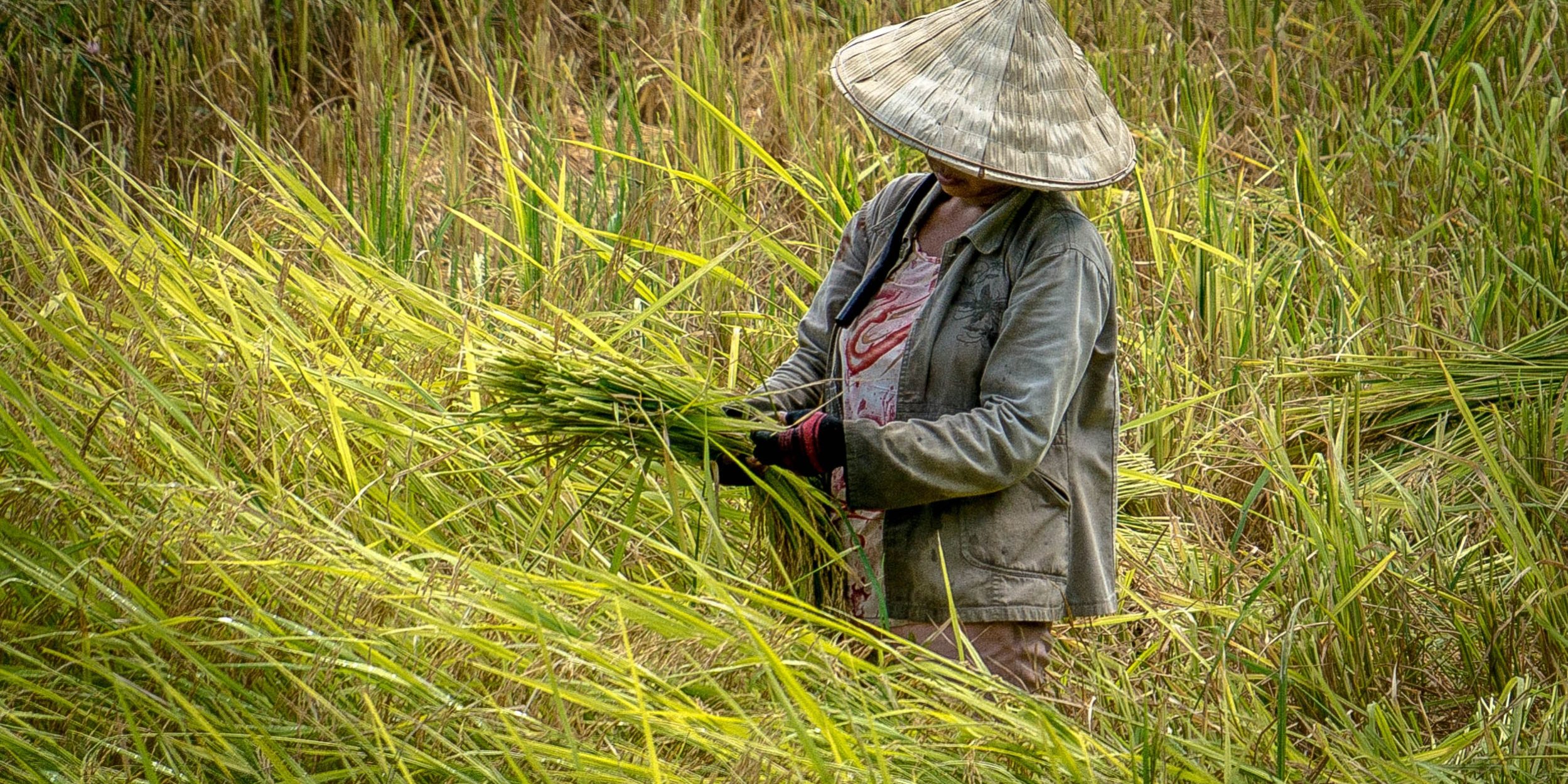 In Vietnam the one constant, the common denominator, the thing that has bound this thousand-mile-long land together for ten thousand years, is rice. From the scalloped slopes of Sa Pa to the city limits of pancake-flat Saigon to the vast breadbasket in between, the emerald currency that pumps through every heart is rice.

Indeed rice is so important here that, when inviting guests to sit down to any meal – regardless of the menu – a Vietnamese person will smile, gesture toward the kitchen and say, mời anh chị ăn cơm[5] , ‘please, come eat some rice with us.’

As we’ve written elsewhere, rice is the single most essential food crop on Earth, the staple food of billions. Yet around the world, many rice varieties – and millions of other plant species – are being sorely tried by climate conditions they aren’t genetically adapted to.

Still, some varieties can manage higher temperatures, wetter or drier conditions, and various elevations, better than others. Once identified, such varieties could be used to supplant those that cannot adapt, allowing this incredibly important food to flourish even as the climate warms.

As such, within its slender curves Vietnam boasts temperate zones, tropical rainforests, mountain highlands, monsoon-swept flatlands and – to the south and east – more than 2,000 miles (3,260 km) of corrugated, cyclone-prone coastline. Farmers in all these areas – amid a riot of exotic fruits, coconut palms, banana trees, mangroves, and vegetables – grow that slender, backbreaking, emerald-green cereal known locally as lúa: rice. Beyond that, these many terroirs – as the French who once colonized Vietnam would call them – are also proxies for the various climatic conditions, elevations, and soils where rice is grown elsewhere in the world. A climate-change-winning variety in Vietnam is highly likely to be useful somewhere else as well.

A study published in June applied genetic sequencing to the problem and analyzed the genomes of more than 670 Vietnamese rice varieties, looking for specific traits from various regions, and comparing them to other Asiatic rice strains. These researchers went about thoroughly “scoring phenotypic measurements,” classifying “quantitative trait loci,” and “unique genotype-phenotype…associations,” and other things even more obscure to all but the most ardent experts.

In the end they identified several Vietnamese rice varieties – notably members of the ‘Indica 15’ subpopulation – containing alleles, or specific pairs of genes, that can help “develop a new generation of sustainable ‘Green Super Rice’ with lower input needs, enhanced nutritional content and suitability for growing on marginal lands.”

Bingo! Rice with more nutrition that can handle tougher conditions and doesn’t require as much water, fertilizer, or as much of the exhausting labor that smallholder rice farming engenders.

Relaxing in Hoi An, Vietnam. Photo by Kiril Dobrev / Unsplash

Some of the desired traits for Vietnam are those that resist “increasing sea levels causing overflow of salt water, and consequential drought in the upland areas,” noted the Earlham Institute, which was involved in the research.

These same qualities are badly needed around the world, as the impact of both desertification and salinity intrusion from rising oceans are global issues. While rice is a staple in Asia, it is also an important crop in sub-Saharan Africa, India, Europe, Central and South America, and for many island nations. As the Institute points out, “the new genomic data they have generated will significantly support efforts to breed resilient rice crops for optimum global production.”

Thankfully, there is an enormous fund of genetic information on this plant already available, and the International Rice Research Institute (IRRI) has genetic readings on more than 3,000 rice varieties, so the research noted above didn’t need to start from scratch. The IRRI also has an active breeding program which, if it takes this current research into account, may contribute to addressing rice’s climate change issues. This is by no means an academic exercise. Whole populations may soon be dependent upon the success of such a breeding program.

‘Climate smart’ varieties, the so-called ‘super green rice,’ the specific genetics of which this research has identified, if it can indeed withstand the rigors of a changing climate, may allow billions to live, to thrive, and even to invite guests to dinner with a friendly, mời anh chị ăn cơm!