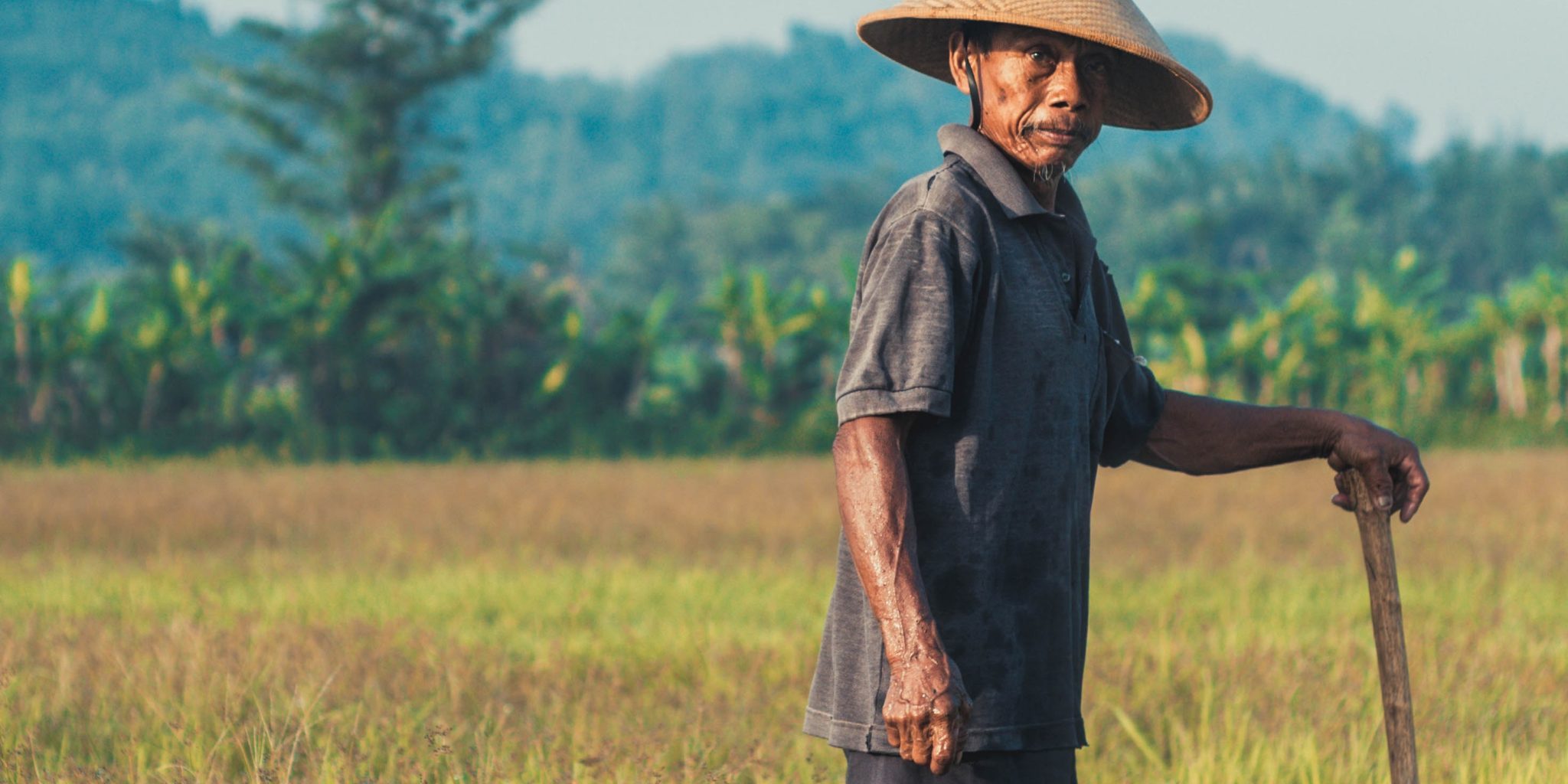 To a generation whose closest association with rice was a main course of Rice-A-Roni now and then, a side-dish of Uncle Ben’s, or a brief shower of the stuff at a wedding, it is difficult to convey just how incredibly crucial rice is to the three billion people who depend on it.

Between 23.5º North latitude and the Tropic of Capricorn to the south, it’s importance cannot be overstated. Half the world’s population relies on it as their primary food source and about 145 million small rice farmers’ livelihoods are tied to these slender green grasses. In most of Asia, central Africa and the Southern Americas, rice equals life.

As any threat to the rice yield will affect not only those who depend on it now, but also the 2.5 billion humans we expect to welcome by the end of this century, it is critical, that this crop not only continue to yield in full measure, but that more—much more—be grown in the years to come. A 2004 report in the Proceedings of the National Academy of Sciences (PNAS) found that “world rice production must increase by ≈1% annually to meet the growing demand for food that will result from population growth and economic development.”

Rice yields are threatened, however, by rising temperatures, especially higher nighttime temperatures, which seem to affect the plants’ respiration and lower grain yields. And more hectares being put into rice ­­­has also led to an unintended consequence: a huge increase in methane (CH4), a powerful greenhouse gas (GHG) created in the anaerobic conditions of flooded rice paddies.

It is urgent that rice contribute more to the food supply, but no less urgent that it do so with less emissions than it is already responsible for—an estimated 1.5 to 2.5% of current global greenhouse gas (GHG) emissions.

As the report continued, “Most of this increase must come from greater yields on existing cropland to avoid environmental degradation, destruction of natural ecosystems, and loss of biodiversity.” With eleven percent of Earth’s arable land already under rice cultivation, the size of the problem becomes evident.

There are many methods for cultivating rice but for centuries most have involved flooding the paddies—parcels of arable land used for growing semiaquatic rice—for many stages of the plant’s life cycle. Yet complex anaerobic processes create both CO2 and, more critically, large volumes of methane. More cultivation means more rice but also more flooding—and more methane.

A brilliant solution, discovered almost 40 years ago in Madagascar but only gaining traction elsewhere in the last 20 years, is the system of rice intensification (SRI) which has now spread to parts of Thailand, Vietnam and other rice-basket nations. SRI involves planting fewer seedlings than formerly, spacing them farther apart, using far less water by flooding only intermittently, and mixing more organic matter into fertilizers. This results in yields from 20% to as high as 200% higher. Understandably, the method has now caught on and thousands of farmers in Africa and Asia are seeing great gains in yield with far less seed and, critically, much less water—an increasingly scarce resource.

Sounds great, but there’s a problem: Nitrous oxide (N2O). It’s better known as laughing gas but there is nothing funny about its global warming potential (GWP), some 200 times greater than methane, and intermittent flooding creates the perfect soil conditions for its appearance. New research, published in the Proceedings of the National Academy of Sciences, shows that intermittently flooded paddies can emit up to 45 times higher levels of N2O than traditional continual-flood fields. If the world turns to the SRI method without mitigating N2O, we could dramatically increase the impact rice already has on global warming—virtually overnight.

In other words: the conditions that dramatically increase yield and significantly reduce methane, are the same conditions that can lead to a potentially far more serious climate problem, N2O.

There is some evidence that N2O can be mitigated, though there’s currently a vigorous debate over how to do this and studies differ on best methods. One recent study found that a multi-pronged approach seemed to reduce N2O. “Promising mitigation options of GHG emission from rice cultivation are the application of water management, a nitrification inhibitor, iron supplement, rice cultivars selection, nutrient (organic-inorganic) management, (and) cultivation method.”

There is data suggesting that, “Under continuous flooding, redox conditions are conducive for methanogenesis, but not ideal for formation of N2O. Midseason drainage (a form of mild-intermittent flooding that causes a single long aeration event) brings redox conditions to levels that limit methanogenesis but are still lower than suitable for large amounts of N2O formation.”

That assertion, however, has its critics and it is unclear exactly how this will all shake out. Given widely varying growing conditions in different rice-growing regions, it may be that a mixture of techniques will be needed. Here’s hoping we have a comprehensive solution soon. There are too many hungry people counting on it.