April and Paris: Is This the Onset of
the De-Carboniferous Period? 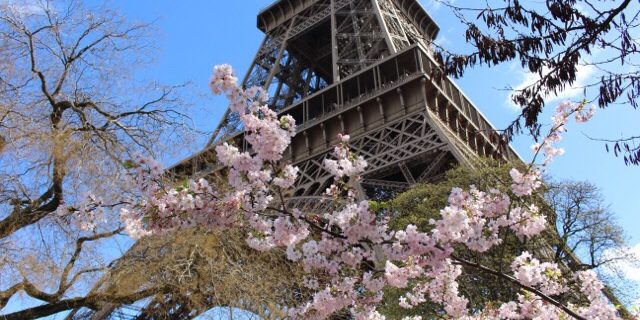 In early 2020, we forecast the coming legal challenges to unsustainable behavior in Blame: The Worm Will Turn. That April, almost exactly a year before the landmark legal decisions described below, we wrote about forensic climate accounting, saying:

As costs and damages from human-driven climate events continue to rise dramatically, so will lawsuits against Big Carbon industries and governments who have supported fossil fuels.

Not all our prognostications have come true (as we detailed in this accounting of our 2020 predictions), but our belief in the growing legal efforts on behalf of sustainability was a bull’s eye. Virtually all the climate chickens forecast for years by scientists came home and roosted this year, and both costs and lawsuits are at record levels… and Big Carbon is taking a hit.

Any period in which fossil fuels are held accountable is a good one for sustainability but the last week of April 2021 was the kind of watershed environmentalists have been dreaming of for a generation. And the kind that makes it clear that companies are increasingly being held accountable for their GHG footprint – that is, the era of Total Carbon Ownership™ (TCO2™) is upon us.

It was a week of shareholder revolt, as 48% of shareholders demanded Chevron reduce emissions to net-zero by 2050. Then there were three climate activist seats elected to Exxon’s board; and a Dutch court ruled that R.D. Shell must ramp up to a net-45% carbon reduction (compared with 2019 levels) by 2030. If this is a dream, don’t pinch us: we never want to wake up.

But wait! Australia’s courts also said fossil fuel polluters can be sued on behalf of the young and the fifth-largest pension fund in the world – with half a trillion dollars in assets – is amping up investor pressure by divesting from fossil fuels. Mister Sandman, let me keep on dreaming!

Hold on though, because in Germany their highest court, the Karlsruhe, decided in favor of a slate of environmentalists who brought suit saying the government’s carbon plans did not go far enough. Given the flooding that devastated Germany in July, this decision was not, to say the least, in the nick of time, yet once again the thrust was that young peoples’ rights were being infringed by having to deal with a thawing / heating / flooding / burning planet.

All of this was unthinkable just a short time ago. Courts, governments, investors, and activists, all working together to massively curb emissions from Big Carbon?

Consider that, in 2010 Coca Cola set a goal to reduce their absolute carbon output in developed countries by what was viewed then as a whopping number: 5% within five years. This was an example, said experts[1] then, of a strong, meaningful target. Now, that goal would be seen as weak, insufficient, window dressing at best.

As remarkable as the last few months have been, however, they are part of a larger sea change – though some of the more dramatic events escaped the front pages and cable news cycles.

One such is a shift in stance by the highly influential International Energy Agency (IEA) which, just recently, published a special report saying the road to net zero is achievable and will bring jobs and an economic boom. This from an agency about which many complained that “oil, gas and coal companies use (their) flagship World Energy Outlook (WEO) annual report to justify further investment – undermining the Paris goals.” Now, the IEA has blown that reputation up and put 1.5˚C at the center of their 2021 WEO.

Many of these changes were foreseeable in that some of the bedrock institutions that underpin modern business – namely insurance underwriters and investors – have begun to see climate change as a top risk. We recently wrote that, odd as it seems, few utilities were retooling for renewables, and, even among those that were, there was continued major investment in fossil fuels. Can that trend continue though, if activists gain control of their boards? If investors demand they switch? If the courts force them to dramatically reduce emissions?

How much more powerful will these forces grow when they are fully armed with the latest climate science and attribution methods? As a June 2021 article in Nature noted, existing climate lawsuits (of which there are over 1,500) often don’t make full use of cutting-edge science – yet that science is becoming more provable and exact, and hence more accepted by courts.

And just in time, too. In this space we have talked about our risk model that accounts for not only the likelihood and magnitude of various risks, but also vulnerability to those risks. With the likelihood of government / court actions increasing dramatically, and with investors rebelling against management and demanding climate action, it’s clear that recognition of businesses’ vulnerability is growing. It’s difficult to stonewall, obfuscate, lobby, and campaign for carbon interests if members of your own board aren’t having it. That’s not a good scenario for recalcitrant carbon purveyors, and it changes the balance of risks significantly.

As we noted in the same article, Valutus has developed a next-generation risk dashboard that includes standard business risks but also encompasses the very risks that companies and governments are now slamming up against: a rising tide of government green regulation, sustainability-supporting legal decisions and now, internal activism.

Not every week will be like that last one in April. There are still pipelines and Arctic drilling and fracking and plenty of emissions. The fossil fuel industry, though back on its heels, is by no means dead. Indeed, it is very much alive in U.S. legislative battles.

There is still a vast war against the worst of the climate crisis to prosecute, but it must be admitted that winning a bunch of battles – as happened in April – besides helping with eventual victory, is just plain good for morale.

References:
[1] Mohin, Timothy J., Changing Business from the Inside Out: A Tree Hugger’s Guide to Working in Corporations, Greenleaf Publishing, Ltd., ©2012