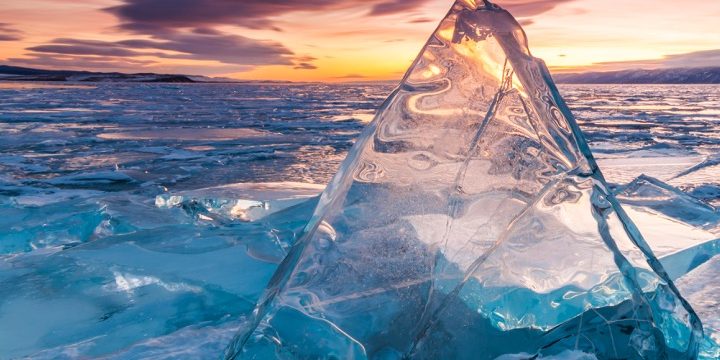 Robert K. Merton, the giant of modern sociology, coined the term the Law of Unanticipated Consequences. He identified two types of consequences: intended, or what he called ‘manifest’ consequences; and unintended, or ‘latent’ ones.

Okay, but what does social theory have to do with sustainability? Hmmm. What if we told you that a huge portion of the business value of sustainable projects is ‘latent’ — never seen, never planned for and, most importantly, never entered in the win column of the proposal? Right, that probably got your attention, as it did ours when we first discovered it.

Yet how many sustainable initiatives die on the corporate vine because the earnest and hardworking CSO didn’t present this unsurfaced value to her skeptical CFO? We don’t know for certain but, based on the daily wailing and gnashing of teeth we encounter, a lot.

Latent consequences are what we call Submerged Value, and it is high time this deep well got its due. It’s a critical part of impact science, our term for the full effect an organization has on the world.

There’s the company, for example, that built several LEED stores to help control energy costs. Energy savings was the ‘manifest,’ planned consequence. What they discovered afterwards was that the types of changes that go into LEED buildings led to more customers because, without knowing why, people felt better in those stores.

Then there was the manufacturing company that looked at the benefits of reducing industrial waste because they thought it would lower their purchasing and disposal costs. It turned out, however, that there were at least a dozen additional benefits that they had never considered, benefits that were unseen without thinking carefully about secondary and tertiary effects of the original action.

For example, there were lower warehousing costs due to managing less material, reductions in processing and insurance costs — all accompanied by an increase in working capital. These benefits were concrete, real, and significant, but had not been factored into their calculations or their investment request.

And consider the case of the large pharmaceutical company donating medicine to communities in Africa as a centerpiece of their CSR program. One would assume health outcomes would improve when pharmaceuticals are available — that is to be expected.

But there is another beneficial outcome, one the company did not foresee: improved gender equity. The U.N. tells us that when household members are sick, it’s usually a girl who stays home to care for them. Therefore, if there are fewer sick people, girls can attend school more frequently, which in turn – the U.N. again — contributes greatly to gender equity. These are, in Merton’s words, ‘latent’ or unexpected consequences.

Okay, some say, that’s good, but it just kind of happened that way, that’s why they’re unintended, right? Not in our book. Such things can be planned for, and values assigned to them, in advance. It’s a matter of asking the right questions, putting on the SCUBA gear in the planning stages, in order to raise this fountain of value to the surface.

In fact, it’s urgent we all use this approach. We’ve detailed in this space how difficult it is to break through the grass ceiling — to ourselves be properly valued — in the halls of power where thumbs up or down is all the difference. Submerged value can make that difference.

Valutus has been baking this metric into our valuations and tools for decades in order to present as realistic a snapshot of true outcomes as possible. In the process we often hear things like, “Whoa. I never thought of that before. But, now that I see it, it’s obvious.”

“Gender equity in Africa because girls have more freedom to attend school when there’s medicine?” Of course, right, it’s obvious now.
“Lower across-the-board costs and higher yields with reduced industrial waste?” Sure, naturally, had it in our back pocket the whole time.”
“Customers like being in our LEED buildings more?” Yeah, a slam dunk!

We’re not saying this is simple; even leading organizations miss this stuff. We checked the reporting of companies with large, longstanding, sophisticated medicine donation programs and found nary a one that even mentioned gender-equity impacts. This is why we call these benefits submerged, because they’re very difficult to see unless you know where and how to look.

There are questions and tools, however, that can dredge submerged value to the surface. But how much is all this trouble worth? Where’s the payoff?

We know from experience that if sustainability’s value can be increased just 25% through raising submerged value, a bunch of important projects that were borderline before may now get a thumbs up. And if 50% is submerged, and we can dredge it up? What if, as we’ve found, submerged value is often three times as much as visible value? How much sustainability would get done once the word got out that it frequently has four times the value originally thought?

We’re not saying this is child’s play. But neither is it impossible, as some have said. So far, in two decades of valuation, there has never been a case where we could not raise significant submerged value to the surface.

Additionally, in that span, the submerged value has never been lower than 25% of the total value of sustainability, and it is usually 50% or more. Pretty unexpected, right? We were shocked, too — at first.

We’ll talk more about this in our next issue, including why so much value is submerged and how to surface it, but first we’ll throw this question out there: what if a project’s submerged value were actually greater than its ‘manifest’ value…is that possible?

What’s that…you can’t wait? Okay, here’s a quick morsel: when a municipality adopted green building policies for its public facilities, research found that it led to a 90% increase – almost double – in the number of private sector green buildings that were built. Yes. It’s more than possible.

Want to dive into submerged value? We do that here. Bring your SCUBA gear!