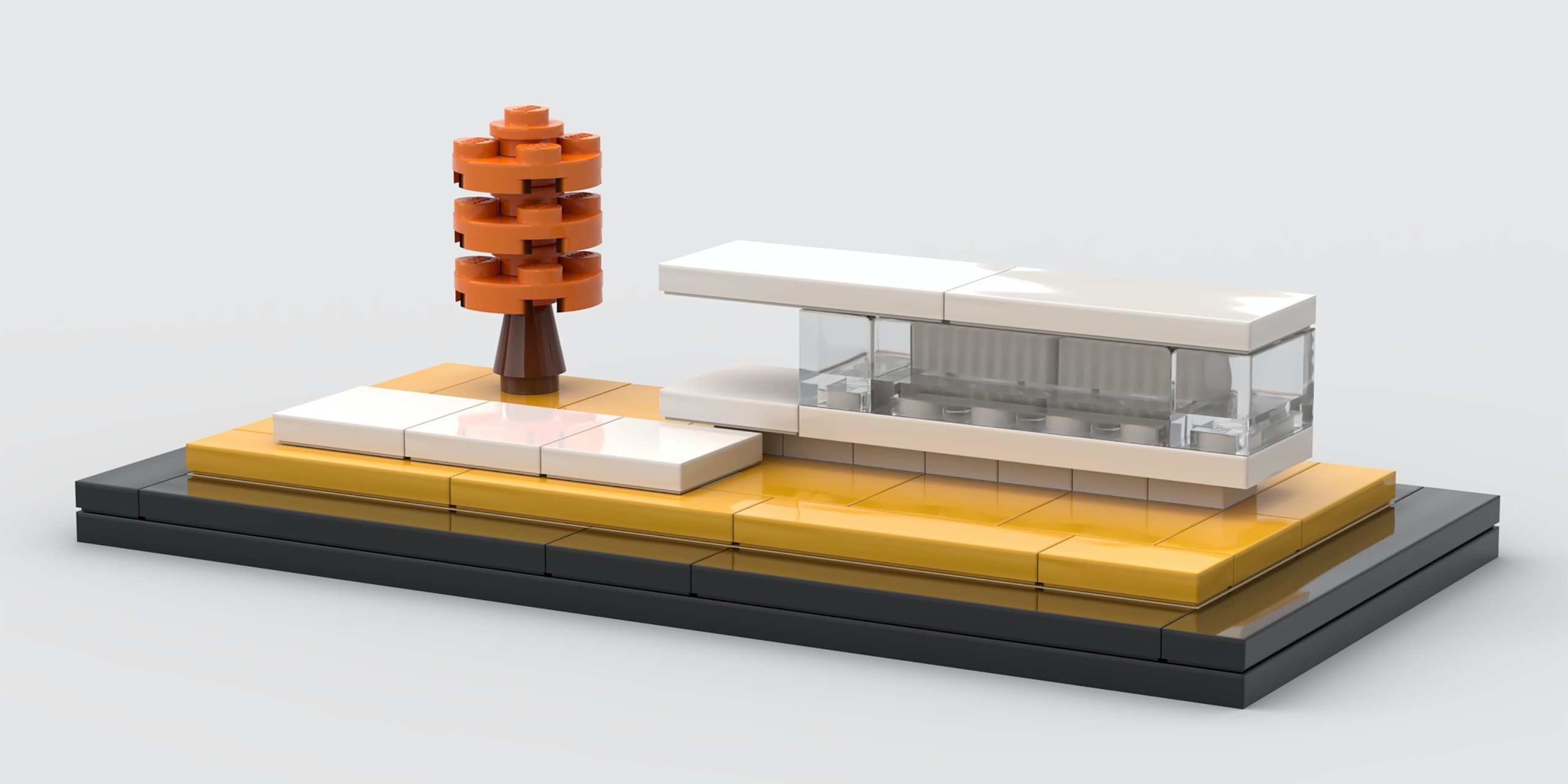 Consider the wrecking ball: the majestic equations that govern its lordly swings, the unstoppable force that conquers immovable objects in its path.

Yet, for all our elegance of design and materials when creating buildings, their deconstruction invariably ends in a massive pile of amalgamated rubble with a side-dish of toxic dust.

Even in this world of masonry guilds and hard-hatted contractors however, the notion of circularity is slowly trickling in, and architects are now working to end structures as thoughtfully as we begin them, a methodology known as Reversible Buildings. It’s a concept that just might leave the wrecking ball rusting atop one of its own scrap heaps.

Just as structures made of Legos or building blocks can be torn down over and over, this strategy “allows products, installations or even entire buildings to be deconstructed and their components used again to reduce waste and carbon emissions,” notes Dezeen.

“‘Reversibility’ is defined as a process of transforming buildings or dismantling its systems, products and elements without causing damage to building [sic] and its parts and materials,” and represents the “backbone of circular building and circular economy in construction,” according to BAMB2020’s Explorations for Reversible Buildings.

Currently, most of the built structures designed for reversibility are of the pavilion type: relatively small and temporary in nature. As Surface Reporter noted of the BUGA Fibre pavilion in Heilbronn, Germany, it “offers visitors an astounding architectural experience and a glimpse of future construction.” A BBC studios semi-permanent installation on the beachfront in Cannes, France, was another such. [Images of this building are available here.]

Yet not all reversibles are of this ilk. Some are surprisingly large and solid and, for ‘future construction’ that is the question. Can this method of temporary, light-building design and materials actually be adapted to large-scale, permanent structures such as homes, businesses, skyscrapers?

But how are such buildings actually made? There appear to be two basic models. The first, and the one more often in actual real-world use, is of simple materials such as cross-laminated lumber – a renewable material that sequesters carbon – using screws rather than permanent fastenings, in modular components installed so they can be taken apart again and moved or stored.

This is the method used for one-and-two story, more-temporary structures such as the BBC studios in Cannes – which was assembled in 6 days and can be taken apart just as quickly – trade-show structures, event pavilions and other semi-permanent multi-use buildings that can be con-and deconstructed in a few days.

But there is another approach – what Hennes de Ridder calls a ‘legolizing’ construction model – which is just getting off the drawing board, involving prefabricated building-block-style bricks, essentially using the children’s toy as a model for real-world construction. One company is marketing fully reversible foam bricks, and at least one other is building homes in two or three days from prefab insulated pressed-wood Lego-style reversible blocks.

But the coup de gras for this model was built just this June in Changsha, China: ten stories prefabricated from shipping containers and built in a single day. The structures can be, say the developers, deconstructed just as easily and moved somewhere else. The idea has been on the table for several years and the architects claim buildings utilizing this template could rise hundreds of stories. If true, it could truly legolize our cities and completely revamp our current construction paradigm. One circular advantage to this approach is that no new material would be needed. Indeed, as InHabitat noted in 2019, “there are millions of shipping containers all over the world just sitting in various ports,” and they are, indubitably, simple and inexpensive to transport.

Shipping containers as construction modules – known as ‘cargotecture’ – has been around for some time and an early modular movement in Japan – known as Metabolism architecture – actually built several structures, which were prefabricated at a shipping container manufactory.

But what about cost? How does this approach stand up to current construction models? Here too, studies as far back as 2005 show clearly that reversible buildings are a solid, perhaps a superior, investment. Profits on most structures are seen as a measure of the revenues they generate over the useful life of the building, its so-called ‘service life.’ Such buildings are often prematurely demolished due to market conditions, dramatically reducing the profits they could offer if they stood for the full measure of years determined by their engineered design.

Reversible buildings, however, can be modularly deconstructed, repurposed, relocated, made into other buildings, or incorporated into extant structures. Their useful lives, therefore, transcend market conditions and all their materials are valuable after deconstruction. This makes such buildings far safer investments over time than the standard brick-and-mortar monolith because net present value (NPV) of reversible design is higher based on smaller risk of early demolition.

Reversible buildings appear to be a clear path to circularity in construction. The only real question now is whether we can take the wrecking ball to our current model of construction.