Weathering (before) the Storm 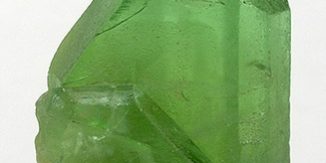 In the Adventure of the Dying Detective, Dr. Watson rushes to Sherlock Holmes’s bedside to find him sick, delirious, and raving with fever.

“Indeed,” Holmes babbles at one point, “I cannot think why the whole bed of the ocean is not one solid mass of oysters, so prolific the creatures seem. No doubt there are natural enemies which limit the increase of the creatures. You and I, Watson, we have done our part. Shall the world, then, be overrun by oysters? No, no; horrible!”[1]

Perhaps. Yet, what the great detective doesn’t say is that a bivalve takeover of the great deep, a vast increase in mollusks and other crustaceans, could be a part of the solution to global warming. As part of the carbon cycle,[2] CO2 is moved from the atmosphere to the depths, and is also sequestered in mollusk shells, crustacean exoskeletons, and coral structures, allowing the oceans to soak up and sequester, even more.[3]

These shell-forming creatures, along with crustaceans and corals, can soak up significant amounts of carbon – in the case of oysters, 12% of overall shell mass.[4]

It is an extraordinarily complex process to calculate the number of oysters the seabed can support[5] but, in order to make a significant impact – enough to be viable for carbon mitigation – some who are studying the problem[6] say mollusk farming on a massive scale would be needed.

Currently, mollusks make up just 0.2 gigatons (Gt[7]) – in terms of total mass – of all life on earth.[8] (For reference, human life represents one-tenth that much, 0.02 Gt, while all plant life comes to 2,250 times as much, a massive 450 Gt. For a fascinating representation of the relative weights of all life on Earth, click here for a chart).

The ocean already absorbs quite a bit of CO2 from the atmosphere, and stores more than any other system – but there’s a downside: the extra CO2 acidifies the waters, which creates a number of issues including limiting the oceans’ own ability to take up carbon.[9][10] (It’s also worth noting that ocean acidification can impact the oyster population itself. Thus, in helping to cure acidification, the oysters can actually create better conditions in which to thrive.[11])

In addition, while oysters indeed absorb carbon, “their real talent is filtering nitrogen out of the water column. Nitrogen is the greenhouse gas you don’t pay attention to — it is nearly 300 times as potent as carbon dioxide, and according to the journal Nature, the second worst in terms of having already exceeded a maximum ‘planetary boundary.’ ”[12]

Another part of this method of dealing with atmospheric carbon is known as enhanced mineral weathering (EMW). This method is designed to prompt and enhance the carbon cycle that moves CO2 through plants and animals in the oceans, transforming it into carbon-sequestering calcium carbonate – limestone – that sinks to the ocean floor.[13]

The particular mineral to be ‘weathered’ is the pellucid green volcanic stone, olivine, whose particular makeup allows absorption and storage of carbon.

“All the CO2 that is produced by burning one liter of oil can be sequestered by less than one liter of olivine,”[14] and its abundance – it is the most prolific rock in the Earth’s mantle[15] – and low cost could make it ideal for ocean-sequestration efforts.

There is currently an experiment underway on the coast of a tropical Caribbean island using olivine to enhance absorption of CO2, and help deacidify the ocean, a method that has been considered for decades[16] but has not actually been tried outside of a lab until now.[17] An NGO called Project Vesta has taken this project on, grinding olivine into sand-sized grains and spreading it on a beach where wave action can further weather it and pull it into the depths.

Once there, the olivine begins a complex chemical process that pulls CO2 from the waters, alkalizes those waters, and renders the carbon into minerals that are taken up by growing shellfish. “The shellfish secretes Calcium Carbonate (CaCO3) to form its shell”[18] and, in the process, fixes the carbon permanently. More shellfish, more sequestration, hence the drive to carpet the seafloor with bivalves, corals and crustaceans.

In other words, olivine can potentially both reduce ocean acidification and massively increase the amount of carbon safely sequestered in the oceans.

The science is not theoretical, relying as it does on the natural carbonate-silicate cycle that is taking place all the time, and which has been “the primary control over carbon dioxide levels over long time scales”[19] for eons. However, the olivine injection – designed to vastly speed up that natural process – has never been studied onsite on a large scale. The test currently underway, which includes an olivine seeded beach and a control beach on the next cove, is designed to gather real-world data.

A 2016 study using the Max Planck Institute’s Earth system model[20] examined this process and found it could have significant positive impact on planetary temperatures.

However, the actual long-term effects of enhanced mineral weathering have not been tested and have raised significant objections in some quarters. Specifically, there are concerns that “the addition of alkaline substances releases conjointly toxic heavy metals (e.g., cadmium, nickel, chromium) leading to further perturbations that would likely impact ocean biogeochemical cycling and marine ecosystem services,” note researchers from the Max Planck Institute.[21] “Thus, the CO2 mitigation potential of AOA comes at a price of an unprecedented ocean biogeochemistry perturbation with unknown ecological consequences.”

The same authors have a further objection: while olivine is incredibly abundant in the mantle, that layer lies some 20 – 30 miles (32 – 48 km) beneath the surface. Mining operations, currently fairly modest, would need to be ramped up dramatically.

Indeed, it has been calculated that, “offsetting even a third of global carbon emissions would require five gigatons of olivine granules.”[22]

The feasibility of the concept depends on the rate of olivine dissolution, the sequestration capacity of the dominant reaction, and its CO2 footprint.”[23] Since the activities involved would certainly require significant energy, this points to the need for further study. To that end, Project Vesta is making a beginning, spreading the pale green stuff on a single cove on a single island for the purpose of study.

As Sherlock Holmes would say, when you have eliminated the impossible, whatever remains – however improbable – must be the answer.[24] As improbable as it seems, a massive bed of oysters and some pale green pebbles may be part of the answer to climate change. Stay tuned!