The Purpose and the Roller Coaster: An Interview with Andrew Gottlieb 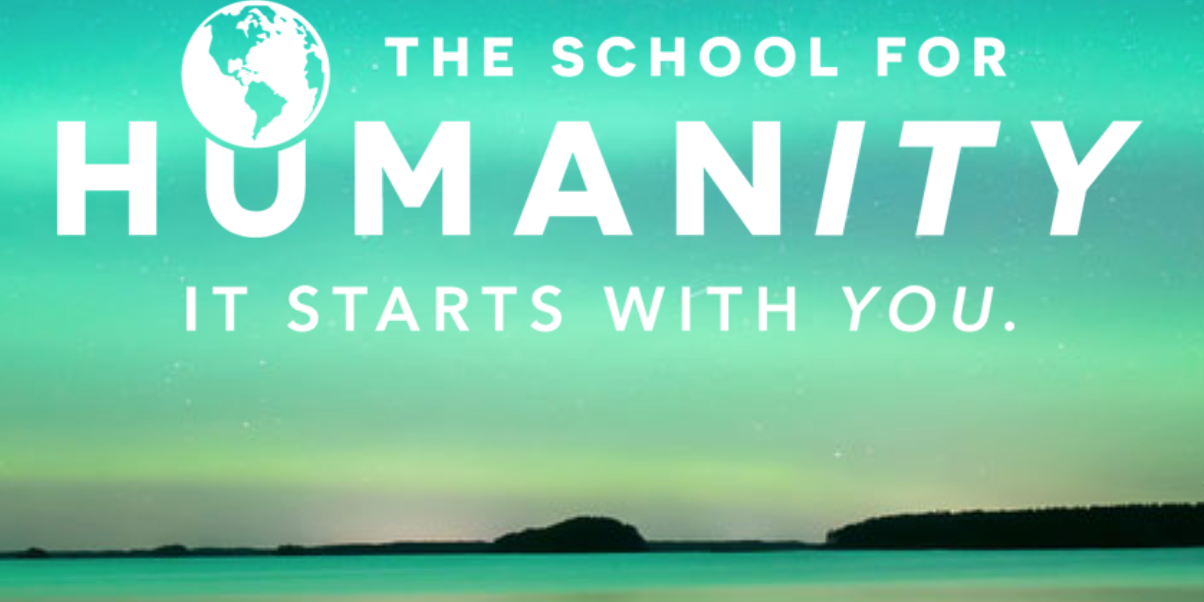 By Daniel Aronson and Dan Kempner
(Adapted from a July 24, 2020 interview with Andrew Gottlieb, Founder of The School for Humanity podcast series and digital marketing firm No Typical Moments.)

Recently, we spoke with Andrew Gottlieb, Founder of the purpose-driven online marketing and branding company No Typical Moments.

The topic was Gottlieb’s other passion, a podcast series called The School for Humanity wherein he speaks with thinkers and strategists from all over the spectrum, with a focus on entrepreneurs and those working on sustainable projects. (One of the entrepreneurial ventures highlighted happened to be Valutus and, if you’re interested, you can hear the results here, or read a portion of the interview in Sustainable Brands here.)

The worm had turned, however, and we were able to ask Andrew to share some of the things he’d learned through interviewing so many interesting and, often, CSR-driven executives. Here are the highlights.

Q: Why did you create the School for Humanity?

AG: So, just as an idea to test out this concept – because I’ve built a lot of friendships and connections in this space – I sent 15 emails to people I knew to see if they’d be interested in appearing on a podcast (thinking maybe five would want to say yes).

Before I knew it, 14 of them said they were. So it came about very quickly. And I started to realize how individuals who are doing something to make the world a better place really want to share their wisdom. And there’s also a part of them that really wants to empower and inspire other entrepreneurs to take this leap of faith: not just to create a widget, but to create a business with an intention of advancing the lives of people, and the environment, and big issues that are facing the world.

Q: I’m curious about the name, The School for Humanity. How did that come about?

AG: I didn’t want to have a podcast called, like, ‘how to build a purposeful business,’ that just doesn’t inspire anyone. The word ‘school’ is in front because it sets it up to be a learning environment. And I felt like ‘of humanity’ was a great kind of tail into that, because it really depicts the types of messages that we’re desiring to share through the podcast. It’s not a podcast of “Hey, come and learn how to scale your business to a million dollars in revenue per year!” It’s really focused in on how are you doing and being an individual in a business to make the world a better place.

Q: How do you feel the School for Humanity is making the world a better place?

AG: I see us continuing to interview and speak with leaders and organizations who are creating change and even greater scale. So I’d say with that, I see us as an entity building up educational products. I also see this really as a covenant community for these business leaders.

Q: Do you see a difference between passion-based entrepreneurs who want to make the world better, and regular entrepreneurs? And do you think there’s a difference in what you need to provide them versus what they get elsewhere?

AG: [For the passion-based people] it’s really a connection to the ‘why.’ That’s what gets them through the good and the bad. And whatever they’re creating, whether it’s a consulting agency, a book, a service product, nonprofit, whatever, yeah… there’s a very deep why for their continued devotion to this cause.

Q: You migrated more into purpose-driven entrepreneurship, have you experienced additional difficulties from that?

AG: I have, and I’ve also learned over the years that there’s certain elements of business that I can try as hard as I want to find a conscious business approach but, at the end of the day, filing taxes is just filing taxes, so there’s definitely certain dimensions of it that I’ve grown to just accept.

There are a ton of other areas in which I try my best to filter through the lens of social- and-conscious entrepreneurship and leadership. For instance, how do I treat the people on my team?  Or in terms of our agency, and the types of clients that we on- board, I definitely am held to a high standard by the rest of my team, to make sure that we’re bringing in clients that our values align with.

We have a handful of best practices set up. For instance, we donate one percent of gross revenue through 1% for the Planet, and we allocate a certain number of pro bono hours to support nonprofit causes over the years.

Q: You’ve had the experience of talking to… how many interviews is it now?

AG: We’re over 200. I didn’t think we had done that many. I had a lot of time on my hands during COVID, so there’s been a lot added over the last couple months!

Q: Well, first of all, that’s impressive. I’m curious if there was any theme to the type of leaders you were interviewing? Were you looking for people with particular disciplines, or just anyone who was attempting to impact the world in a positive way?

AG: I find it really inspirational to bring to light these stories, these authors, these companies that are doing amazing work in the world and aren’t necessarily getting the recognition that they probably deserve in some of the mainstream publications.

I enjoyed bringing their founders, their C-level execs, CEOs, whatever it is, into really authentic conversations and I’d say the commonality I’ve seen through all of these is that everyone is pretty much just like this normal, random dude who graduated from high school or college, and decided to get very serious about their impact, their success, and the legacy they were going to be building.

And it shows me time and time again that, man, no one is blessed with this superpower as a kid, and had always been a co founder and entrepreneur. It’s something that almost every person had grown into as they progressed with their career.

The only person I’ve interviewed who, I think, was that ‘kid wonder’ was Andrew Yang[1], well before he ran for president. I met him when he was still leading the organization called Venture for America. He may be the only one who was just, like, a whiz kid. Otherwise, it’s pretty much just normal people who decided one day that they wanted to make a positive impact.

Q: You’ve talked to all these fascinating people who are doing all these interesting things. And most of them came to it in sort of the same way, there’s some spark that took place. And how do you see the School for Humanity sort of being a forum for that?

AG: That’s a great question. It’s just something that I think will emerge. So the best way I know how is to try my best to interconnect the community, as many introductions as I can on a weekly basis.

I don’t really know but it’s there for something to emerge into. I always had this idea that there would be some type of in-person event or conference, or something would emerge one day – obviously on the back burner for a couple of years due to COVID-19. So maybe when we’re allowed to touch and interact with human beings again…

Q: You said some interesting things about the kinds of people and sort of their real-world struggles and everything. Were there any lessons that you learned, or interesting perspectives that you gained? If so, what would they be?

AG: The first is the question I ask at the end of almost every interview, which is, “how do you define success?” And I haven’t had one person say anything about money.

AG: I’d say the second thing – and maybe this isn’t something that you would learn in an episode but more about how people get on the episode. So, most of the time I’m reaching out cold via cold email to these individuals. And I think it shows the power of persistence. If you have some compelling copy to entice someone’s attention, it’s very possible to get into the email inbox of people you might believe are hard to reach.

AG: The third would be that I’ve never interviewed someone who hasn’t described entrepreneurship as a roller coaster. Every single person talks about it. There’s definitely a lot of things to be proud of that you’ve achieved and accomplished over the years, but it doesn’t come without some major setbacks in that process.

Q: Got it. Finally, what’s the one thing you want to leave people with?

AG: On the podcast I asked one person something along the lines of “I’m sure you’ve had a lot of wins and losses: can you share what keeps you going through the good and bad times?”

The guy stopped me and said, “I definitely have had some great accomplishments and I’ve had some breakdowns and losses along the way. The thing though, is that each of those losses were moments in which I had to choose how I was going to respond: I can respond to it out of fear; I can respond out of anxiety; or I can look at it as a challenge and an opportunity to become better. That new framing – not viewing the losses and breakdowns as so personal – allows me to not beat myself up over the challenges of entrepreneurship.”

That really resonated, so I guess my final thought would be that achieving your goals is a lot easier when you get out of your own way.