Cyclones: They’ll Be Coming Around Again… 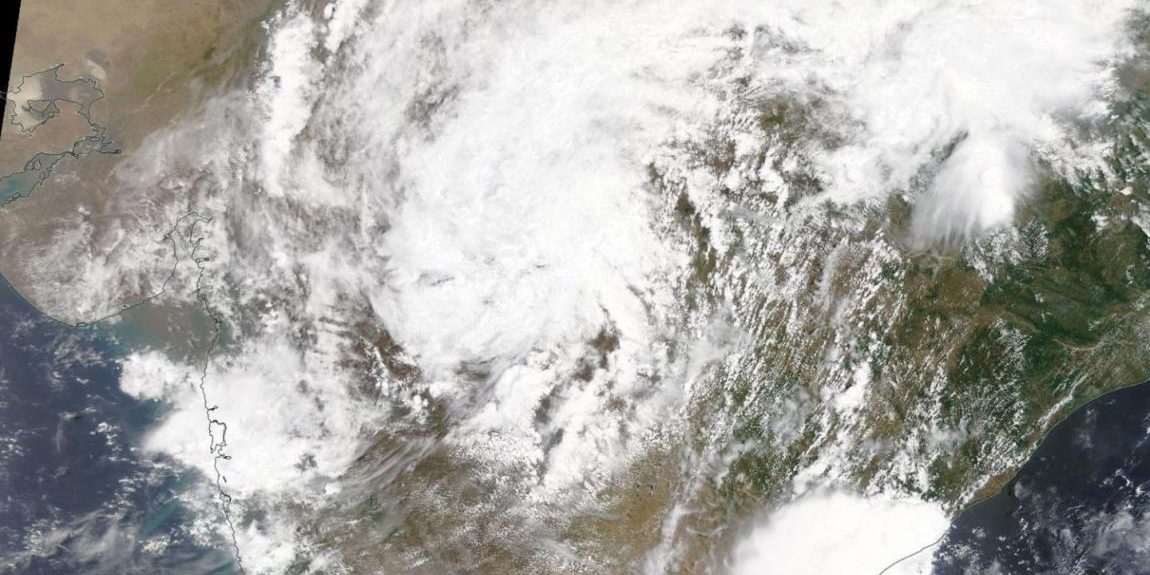 Perched atop the world’s third-largest ocean, wedged between the Arabian sea to the west and the Bay of Bengal on the East, India has regularly dealt with tropical cyclones, averaging five or six per year, with just under half of them considered ‘severe.’[1]

Then again, historically, most cyclones near the subcontinent occur on India’s East Coast in the Bay of Bengal – over nearly 130 years there have been 520 on the Bay to the West Coast’s 126[3] – due to complex geographical and meteorological nuances. However, in 2019 five of the twelve roamed the Arabian Sea, which last happened in 1902. This new penchant for battering the West Coast “indicates a surprise element in the behaviour of the Arabian Sea, which has long been known for being pacific.”[4]

In addition, though some storms do make landfall on the subcontinent in the summer months, they almost never do so in June.

On top of that, even when a rogue cyclical storm has gone roving through the Arabian Sea, it generally drifts west towards North Africa or the Middle East. Such cyclones do not hit India’s largest city, Mumbai. It’s not that they rarely hit Mumbai. They never hit Mumbai.

Which is why it’s seriously anomalous that a major cyclone just made landfall on the West Coast, in June, within spitting distance of Mumbai which, once again, miraculously – and just barely – escaped.

So, what’s up with this? Random chance? Did the Hindu God Varuna, astride his crocodile mount, intervene and pull the cyclone towards the coast?

Perhaps, but according to scientists, it’s just due to your friendly neighborhood climate change.[5]

Warming temperatures in the Arabian Sea have been on the radar for some time. Temps in that area have been rising by close to the world-wide average of .1˚C every decade.[6] (That average is about 40% faster than scientists recently thought.[7])

But it is not warming alone causing these shifts in cyclone behavior. The tropical waters around India, and in the Arabian Sea in particular, are already quite warm – in summer as high as 33˚C (91.4˚F) in some places.[8] Rather it is the combination of warmer waters – the perfect breeding grounds for tropical cyclones – and the gradient between temperatures near the ocean’s surface and air higher up in the atmosphere, that is changing the frequency and patterns.[9]

As the sea continues to warm, scientists predict, that gradient will be reduced, and the number of storms may eventually wane. Those that do occur, however, are likely to be whoppers.[10]

This is no longer theoretical, by the way. Cyclones are well understood and have been for some time. But the forensics involved in climate change’s impact on weather events – known as ‘climate change attribution’ – is still evolving. However, it has already come so far that, as we wrote in April, “experts can now sit in courtrooms just as DNA experts do, and say with “increasing statistical certainty,” that X event was increased in likelihood and severity by anthropogenic climate change.”[11]

A new method using satellite data is adding certainty to the field, as detailed in a new National Oceanic and Atmospheric Administration (NOAA) study. “The analysis, of satellite images dating to 1979, shows that warming has increased the likelihood of a hurricane developing into a major one of Category 3 or higher, with sustained winds greater than 110 miles an hour, by about 8 percent a decade.”[12] (Eight percent each decade? That means by mid-century… holy smokes!)

Indeed, headlines such as “Cyclone Nisarga is Brought to You by Climate Change,”[15] are becoming more frequent as climate change attribution becomes more robust.

Okay, so the evidence is pretty strong, but so what?

Well, for one thing, Mumbai is home to more than 20 million people – about two-and-a-half times the size of New York City[13] – with millions more in the major cities along 4,600+ miles (7,500+ km) of mainland coastline.[14] Add in Sri Lanka, Pakistan, Bangladesh, Oman, Yemen, the Maldives and… let’s just say increased incidence and severity of tropical cyclones in some of the poorest and lowest-lying nations on Earth will likely lead to serious humanitarian crises.

And hurricanes and typhoons going where they have rarely gone before means those areas now need to prepare for major disasters they could safely ignore in the past. New Jersey and New York, particularly Staten Island, were unprepared for the fury of a superstorm like Sandy coming that far up the coast, and the damage was enormous, some $70 billion in addition to the human toll, as a result of a storm that had the largest diameter in history for an Atlantic storm: 900 miles (1448 km).[16]

As we’ll note in an upcoming story, The Advance of Managed Retreat, from expected sea-level rise alone, “the number of people who will be forced to move is likely in the hundreds of millions…”[17] Larger, more frequent, more damaging cyclones will likely increase both that number and the distance inland required for safety.

And of course, as we detailed in Blame: The Worm Will Turn in 2020,[18] someone is going to have to pay for all this. Insurance companies are becoming less and less inclined to insure anything at risk from climate change, particularly the huge reinsurers who underwrite the rest.

So, who will be targeted now that we know, and can prove, what is driving this? Many sights will be turned towards already beleaguered oil and coal companies, other major polluters, auto manufacturers and more, and courts have begun weighing the merits of such cases, especially internationally.

By a razor-thin margin, Mumbai’s record of avoiding cyclones stands unblemished. Given the trends however, that city – and many other places previously thought immune – might do well to begin battening down the hatches. It’s not likely that record will stand very long.