Submerged Value Is The Majority Of Value 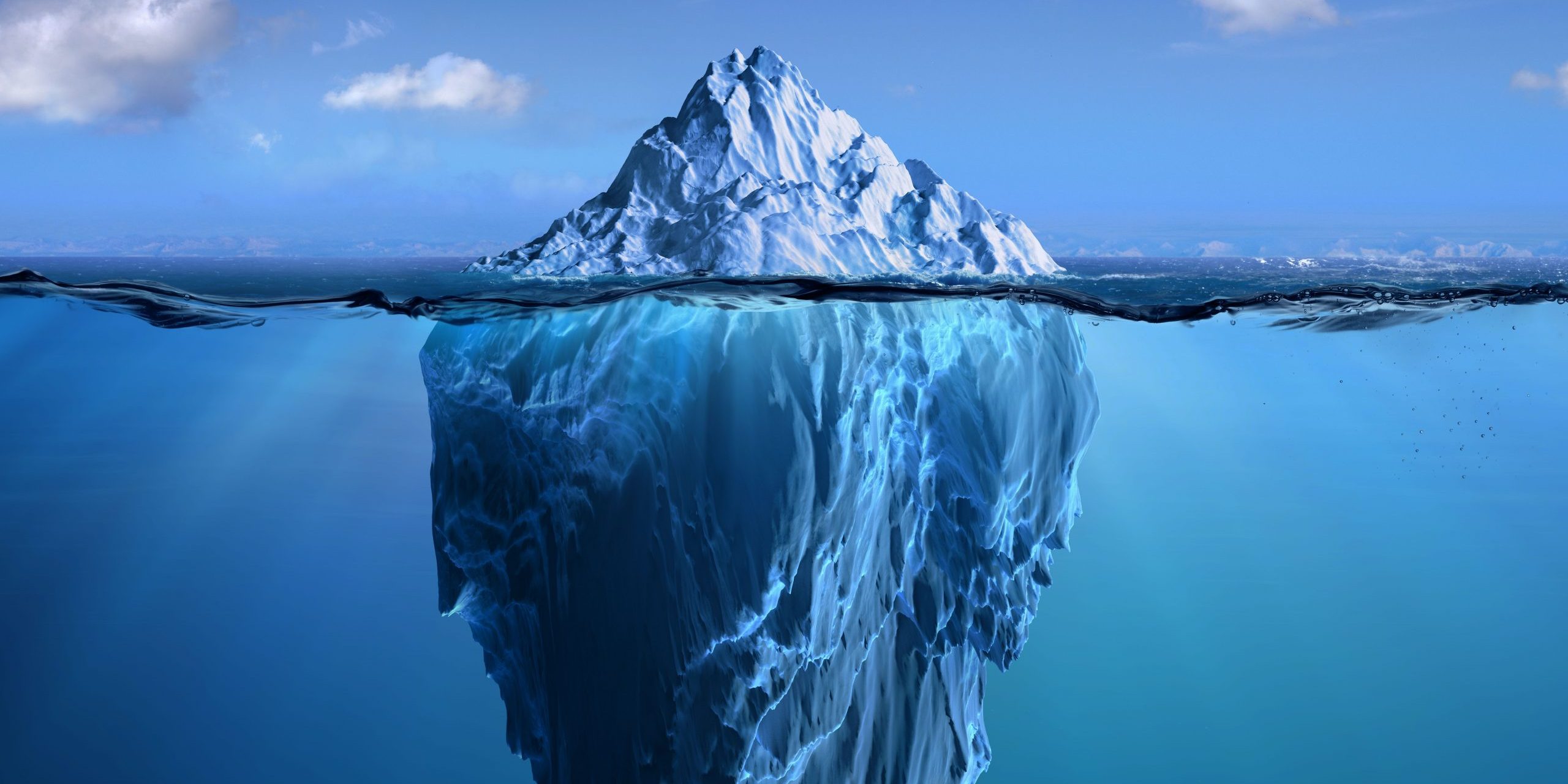 In another article, we discuss Submerged Value and note how much of the value of sustainability it represents. That article closes with the rather bold statement that normally submerged value rivals — or even exceeds — visible value. This article illustrates that in more detail.

Over more than two decades of working on measurement and valuation, we keep confronting a shocking result: submerged value isn’t just a nice add-on that rounds up the project’s visible benefits. Usually, it’s the majority of the project’s value.

Consider the story of a hospitality company with tens of thousands of employees. They’d been active in sustainability and CSR for years, and the executive in charge was highly experienced and respected.

The company knew sustainability and CSR activities were something employees liked, but they’d never been able to quantify their effects. As a result, when looking at the business benefits of their initiatives, they tended to focus on things like energy savings, for which they had good numbers. That meant that the ROI of sustainability and CSR wasn’t huge (though it was positive).

I asked the executive how much she believed the talent-related benefits of her sustainable activities were worth – that is, the value of these activities on things such as employee attraction and retention.

Now, I’ve asked this question of many, many companies over the years and had very few quantitative answers. The most common response, by far, is: “No idea. We’re not even sure how to answer that question.” Unfortunately, because “we don’t know” can’t be entered in a spreadsheet, the ROI value of something unknown is assigned the only value it can’t possibly have: Zero.[1]

First, it wasn’t good if C-Suite execs thought sustainability and CSR activity was worth so much less than she did.

Second, the number she believed they’d support was very small. Her estimate of $3 million isn’t much for a multi-billion-dollar company, but $300K? That’s tiny for an organization that large, so small that many executives wouldn’t bother with any activity that size, let alone budget much money for it.

Third, this allowed us to determine the percentage of sustainability’s talent-related value that was submerged. Once we determined the full value of the benefits, we could subtract her estimates, and the difference would show us how much value was submerged.

We used conservative assumptions, which is our standard practice, since it shows we’re taking the analysis seriously, not just making up numbers that support our point of view. An added benefit: if we can make the case for sustainability or CSR using conservative numbers, any additional benefit is just a bonus.

As an example of our use of conservative numbers, published research has shown social responsibility leadership resulting in a reduction in employee attrition of 25%-30% or more. In our calculations, we went with 10%.

It is also our standard practice to do the calculations together with executives, rather than doing the calculations and then trying to convince them our numbers are right. Using our interactive Talent Benefit Valuation Tool, we sit with executives and help them enter numbers that make sense to them, so they’ll feel more comfortable with the results.

Returning to the hospitality example, the result of calculating the true value of sustainability and CSR efforts for talent-related benefits alone was about $30 million per year, or ten times what the executive had estimated, and 100 times what she thought her C-Suite would assume. In this company’s case, the vast, vast majority of value was submerged.

When we get a result like that, the typical first response is, “Wow! That’s a lot more than we thought!” This is usually followed closely by, “we must have put an incorrect number in here somewhere!” Both responses are legitimate. It’s often the case, with a result so dramatically different from expectations, that the calculation is wrong. Therefore, our approach is not to argue — at all. We simply go through the calculation and offer to change any number in it.

Once we do that, the tool updates its calculation instantly and executives see that, while the total changes, it’s not enough to change the obvious conclusion: that sustainability is being greatly undervalued. For example, in a case like this one, the value might drop from $30M to $28M. That’s less, but it is still enormously more than previously believed.

At this point, we’re often asked to change a second number, and again the total changes somewhat, but the conclusion does not. Perhaps we’re asked to make a third change, meaning we’ve now reduced three numbers (numbers that were already conservative) – but, just as before, while the final value goes down it’s still many times what was previously thought.

In the example above, even if the value dropped to $25M, that’s still more than eight times as much as the executive previously thought, and 80 times her estimate of what the C-Suite believed.

So, stepping back from this specific corporation for a moment, what general lessons can we take from this?

First, it’s certainly clear that surfacing and quantifying submerged value matters. If executives believe sustainability’s value is much lower than it really is, what’s the likelihood they are investing the proper amount in sustainability and CSR programs? Second, it’s also clear that using interactive tools, and a we’re-doing-this-together approach, matters too.

Third, we need to welcome the chance to talk about value. Sustainability and CSR are much more valuable than people believe because most of that value is submerged. Surfacing and quantifying that value matters. A lot.