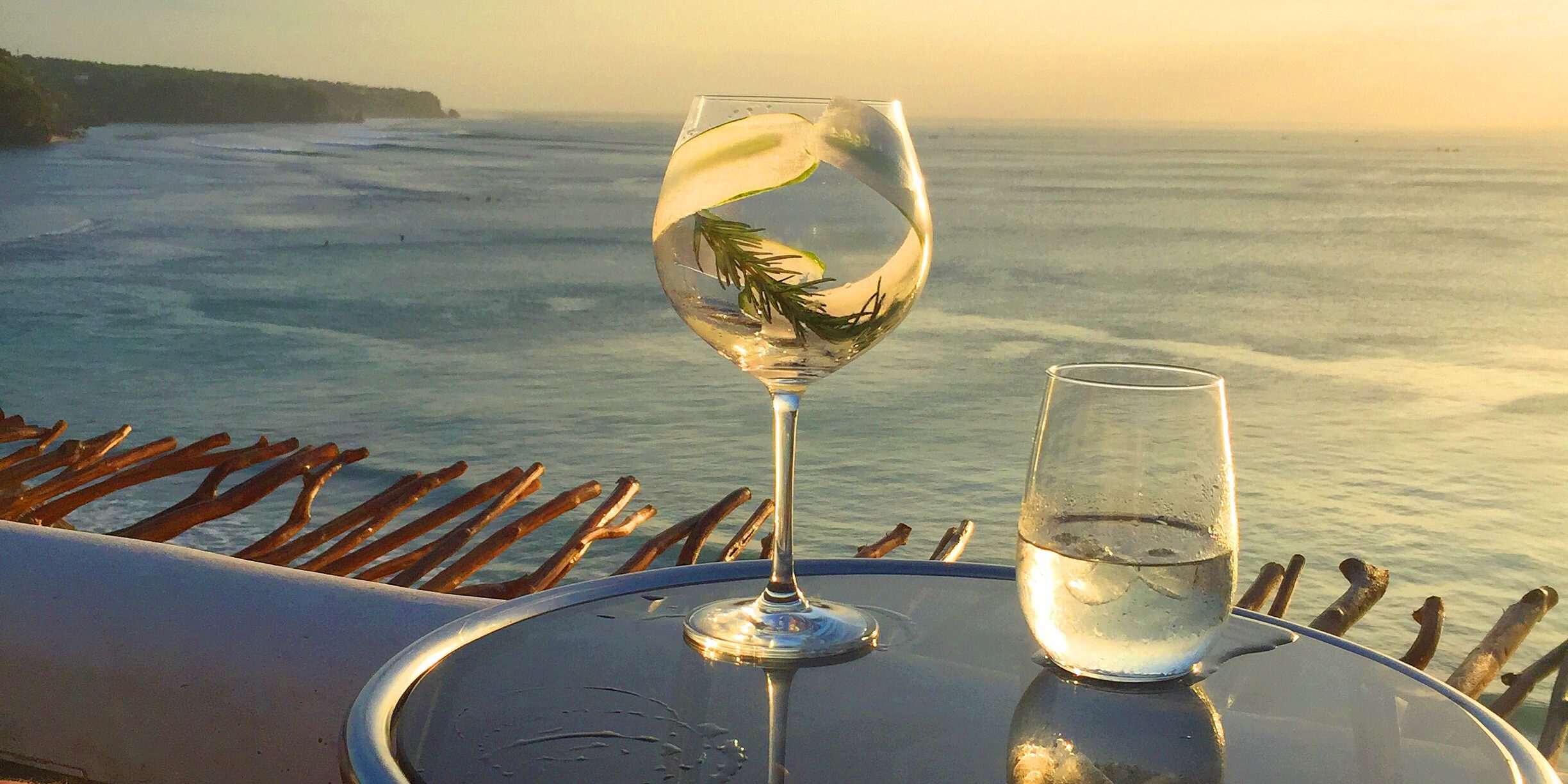 Some alcoholic libations stand on their own. Others work best in partnership.

If a distillery were to set out to make an environmentally friendly beverage, it would then make sense to choose one whose constant companion is not infused with a potent greenhouse gas.

Yet the Arbikie Distillery in Angus, Scotland, chose gin. As anyone who’s ever been to a… well, to a gin-joint knows, this aromatic, juniper-infused liquid is accompanied by one mixer above all others: tonic water.

It would take a course in early European history to trace the origins of this clear, fresh-scented spirit but in England, at least, barley-based gin rose to prominence[1] when French brandy was heavily taxed, some hundreds of years ago.

Malaria brought gin and tonic together, as the hideously bitter bark used to treat it – quinine – once dissolved in sweetened, carbonated water, was often taken with gin. Thus, the G & was born.

While gins are usually made from wheat, maize, or barley grain mash, the legal definitions[2] in the U.S. and Canada only call for alcohol “of agricultural origin.”

So, when Arbikie learned that peas – which can be grown on a carbon-negative basis and without chemical fertilizers – could be switched in place of grain spirits without loss of flavor or quality, they took the plunge.

Called Nàdar (Gaelic: nature[3]), this ‘climate-positive gin’ was several years in the making, and developed in partnership with two nearby research institutions[4]

This matters as, according the study’s authors, “In terms of climate change impact, sipping a large measure of gin is similar to… driving one km in a petrol car.” A 2017 evaluation by WorldAtlas[7]noted gin use at a rate of .55 liters per person annually in the UK, a nation of more than 65.1 million[8] people that year. That represents a lot of petrol.

Unlike a majority of plants, most legumes – such as garden peas – cull nitrogen from the atmosphere rather than from soil, hence they are ‘nitrogen-fixing’ plants that actually load nitrogen in soil through a complex microbial process, for the next crops in rotation. The research team from the Hutton Institute found that the “environmental footprint of pea gin was significantly lower than for wheat gin across 12 of 14 environmental impacts evaluated, from climate change, through water and air pollution, to fossil energy consumption,” according to the institute’s molecular ecologist, Dr. Pietro Iannetta.[9]

In addition, “a waste product known as ‘pot ale’ is created from the leftover pea protein and spent yeast,” that is “suitable for animal feeds that reduce the need for imported soybeans, noted The Drinks Business.”[10] It is the reduction in carbon engendered by cutting “soybean cultivation, deforestation, processing and transport,”[11] that pushes this gin into carbon-neutral status.