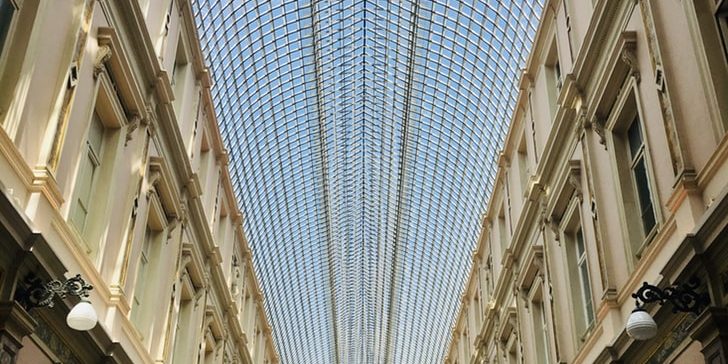 For years we have known that women do not rise to positions of power as often or as easily as men, and for years we’ve assumed that the ‘glass ceiling’ was entirely a function of bias on the ‘demand’ side, in interviewing. What if it’s not?

There’s no doubt, of course, about the problem: a glance at the Fortune 500, for example, shows a record 33 women CEOs, a not-exactly-whopping 6.6%. Corporate boards, which have also made recent progress, are similarly gender skewed, and women account for under 21%.

But is this really all a demand-side issue, caused by biased hiring managers, or is something else at play? It’s a difficult question for, as MIT Sloan Professor Roberto Fernandez told MIT Management, “the glass ceiling, like dark matter in physics, cannot be observed. We know it’s there, but we’re not sure what’s causing it to endure.”

Up to this point, in other words, some of the smartest and savviest companies on earth have been working on the seat-of-the-pants assumption that, if they can cure themselves of hiring bias, the problem will go away.

Consequently, companies making efforts to achieve greater gender equity have been working to recruit unbiased screeners, train and retrain their hiring staff to remove internal biases, and to build in systems that make it harder for hiring managers to screen out talented women on the basis of gender.

And they have made progress, some anyway, using this model. The 33 women CEOs noted above, and the significant increase in the overall number of talented female executives and business owners, represent improvement from just a few years ago — much of it due to existing efforts to remove bias. Yet while companies have cracked the glass ceiling, they can’t seem to shatter it.

But more rigor, and a different perspective, can help fix that.

As Professor Fernandez says, “If you ask people, ‘what is a glass ceiling?’ it’s associated with an invisible internal promotion barrier. How do we rule in or out other suspects?” Examining this issue differently yields some new answers.

In three separate research papers, Fernandez, with several different partners, analyzed candidate pools, checked those against hiring results, and came to conclusions that supply and recruiting practices have at least as much to do with the ceiling as demand-side hiring bias. Therefore, they concluded, remediation efforts on the demand side alone, while meaningful, were never going to resolve the issue.

(A bit about these terms: Demand-side refers to employer behavior, such as stereotypes and preferential treatment; supply-side is employee behavior, such as employees’ beliefs about their qualifications; and recruiting practices are programs such as the use of headhunters to find candidates.)

Fernandez and his co-authors found, for example, that on initial application for specific jobs, both internal and external candidates were sorted into queues. Some of this sorting was done by females themselves, who tended to apply for lower-level positions than then men applying over the same period – for example, “7.5 percent of the pool of candidates for salaried (exempt) jobs (were) female; the corresponding percentage for males (was) almost double that rate at 14.3 percent.”[1]

The disparity was wider for externals, where women also applied in higher numbers: men applied for these higher-paying jobs at “over 3 times the rate for females (6.1 vs. 1.8 percent).”

Applicants were also sorted into specific queues – i.e., matched with certain jobs – by screeners, more frequently leading women to lower-level positions than men applying for similar position. So, even if you were to eliminate bias in the selection process, the pool of candidates applying for higher-level positions ends up with fewer women applicants.

In a study looking at 441 high-tech firms, Fernandez and co-author Santiago Campero found that just addressing selection bias doesn’t work, but that “accounting for screening discrimination [and] also redistributing male and female candidates across the company hierarchy ‘dramatically flattens’ the glass ceiling pattern.”[2]

Yet the broader point here is that companies have been working on the popular, reasonable, and incorrect notion that by retraining their HR departments, and rooting out gender bias on the demand side, they could solve the problem.

The fact that they have not been fully successful means wider and more rigorous perspective may be required.  As Fernandez said regarding the results of the study of high-tech firms, “Whatever else is going on, policies of outreach that allow men and women to apply in more equal proportion are going to have more bang for the buck than screening discrimination or bias reduction.”

Such policies include the use of external headhunters, who change the dynamics significantly. A study of a UK executive search firm’s activities found that candidate pools include more women when headhunters are involved and also that “women are also much more likely to be considered or hired by a company using an executive search firm…than by a company filling a position on its own with either an external or internal candidate.”[3]

Combining this with changing how applicants are sorted into queues for different jobs can be powerful. In fact, when looking into a call center, Fernandez and co-author Marie Louise Mors found that, “once allocated to queues the wage differences between male and female candidates are nil. Consequently, the roots of gender wage inequality in this setting lie in the initial sorting of candidates to labor queues.”[4]

Given how many difficult, hard-to-fix issues fall under the rubrics of sustainability and CSR, solutions that take a new approach — and create new progress — are worthy of recognition.[5]