VBlog #2 Mr. Rogers to Hanoi Hilton: Hearing Only the Bad News is Unsustainable. 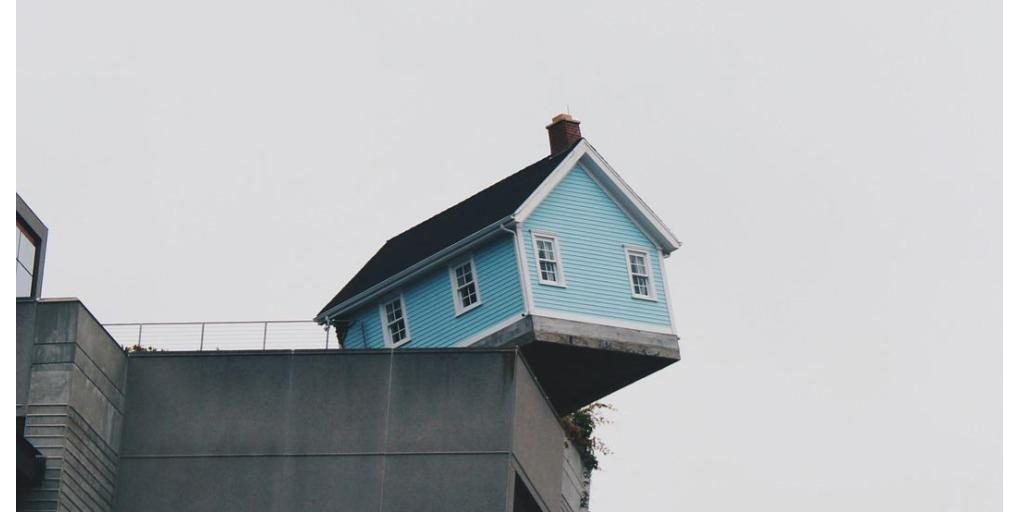 Late last year I had dinner here in Saigon with a friend of Daniel’s, John B. Izzo. Best-selling author, columnist, sustainability thought leader, world traveler, and general mentor-to and hobnobber-with captains of industry. In other words, someone I was eager to meet.

We ate at a high-end vegetarian restaurant downtown with air conditioning, a fruit-filled boat floating in a small indoor lake, and a menu filled with lotus chips and other Vietnamese delicacies.

We mostly left sustainability out of it — when preaching to the choir, the choir gets bored — and just got to know one another, finding that we were involved in many of the same types of things in our lives.

After dessert, and a long walk-and-talk along the Saigon river, we parted friends. I’ve kept an eye on my feed since, as John took his ‘Good Men in Sports’ initiative to NFL locker rooms, spoke to major executives, and just generally did his moving-and-shaking routine here and there in the world.

As I write, he’s walking the Camino de Santiago, a pilgrims’ trail culminating at Santiago de Compostela with its famous Catedral.

Apparently, he’s been thinking hard along the way, for a few days ago he posted something on Facebook, a personal pledge that I’ve been pondering ever since. He pledged, in part[1], that he does not want to share the doom-and-gloom news so prevalent around sustainability and climate. Instead, going forward he is, “Only going to share things that show what people and institutions are doing to help. Or things people can take immediate action on.”

“Mr. Rogers the children’s show host,” he continued, “said his mother used to tell him as a child that ‘whenever something is overwhelming you about the world, look around to find those who are trying to help because they are always there.’ When I see a post about the millions of people trying to help it inspires me. It gives me hope. It makes me think it’s not too late to change course. I want to fan that hope in you and me.”

I absolutely get this. As a writer on sustainability, I am faced with such decisions every day. Do we write about how bad this issue is, or find something else a bit more uplifting? Will they tune us out if we keep pounding away at what’s wrong? Generally we try to spotlight some solutions to any problems we present, and work hard to balance dark with bright, but what is the appropriate method and balance for a disaster?

Consider reporting on something like WWII, where there was always good news on some front, but overall things were incredibly dire and the fate of the world hung in the balance. Is there way to even things out, to keep the front lines motivated yet to educate the rest?

Climate change presents this knife edge. An early R.O.I. quoted Paul Hawken who said, “If you look at the science and you’re not pessimistic, in a sense you don’t understand it…But if you look at the people who are addressing the problem at hand and don’t feel hopeful, then you don’t have a pulse.” Right. And finding that balance is the challenge.

John seems to be pecking away at this nexus, and has come down on the side of focusing only on positive action, and that’s cool. He and most of his colleagues are already well aware of the Dark Side in all its blackness, and it’s easy to see why daily reminders that only stir up fear and gloom seem not worth the electrons they’re written with.

Even so, as a writer and editor on these topics I, at least, haven’t figured out how the heck to write about climate change without some really big downers in there. Still, John’s point and pledge are compelling. So what to do?

Now, John’s mention of Fred Rogers fires me up, because I simply don’t think there’s a better model for a modern human being to follow on a daily basis. But there is another model out there, one designed for situations like climate change: Vice Admiral Jim Stockdale’s paradox.

Jim Stockdale — as if an F-4 fighter-bomber combat pilot needed to be even cooler, he was born James Bond Stockdale — formed this idea while rotting in Hỏa Lò Prison, the infamous Hanoi Hilton, for seven years as a prisoner during what locals here call ‘The American War.’

Afterwards, Stockdale held many positions in the Navy, became a vice Admiral, ran the Naval War College, and lost a bid for the Vice Presidency opposite Ross Perot. But he’s best known to history for the so-called Stockdale Paradox, an approach to dealing with incredibly-hard-to-win scenarios that he developed while in a truly desperate situation. Shot down, tortured, injured and isolated, in a North Vietnamese prison camp with an utterly uncertain future, he created and codified the strategy which now bears his name.

In his 2001 book Good to Great, author Jim Collins, who interviewed Stockdale extensively, sums up the paradox thus:

“Confront the brutal truth of the situation, yet at the same time, never give up hope.”

Some have called this useful pessimism, but that is not how Stockdale framed it at all. The pure pessimists had a rough time. Others suggest it’s helpful optimism, but Stockdale scoffed at that too, as when Collins asked him which of his fellow prisoners was most likely to die, and he replied,

In fact, Stockdale found a middle way: unshaken belief in eventual triumph, which kept him working towards that end, but a totally clear-eyed understanding of just how dire things were now, which prevented false hopes in the short term.

We touched on this in last September’s R.O.I. Observations, and noted that the environmental crisis seems tailor-made for his approach. As with POWs in the Hanoi Hilton, ultimate climate success is not impossible, yet the problems are huge, intractable, implacable, the consequences of failure disastrous. Excellent! A perfect paradox Petri dish!

Our piece last year concluded, “Staring clear-eyed at the brutal truth, yet ‘retaining faith that we will prevail in the end,’ might almost be the motto of Sustainability.”

And as with those POWs, an unalloyed optimist probably doesn’t have a chance with climate change. ‘Hey, the SDGs will all be in place by 2030!’ That date comes and goes and, ‘hey, we’ll have reduced enough carbon by 2050 to keep up under 2 degrees of warming!’ They might just die of a broken heart. Pessimism won’t work either. Why bother if, after all, the effort is bound to prove fruitless?

Reading John’s post, and the lively discussion that followed in the comments, it’s clear the Mr. Rogers approach is a necessary one, looking to those who are doing great work — like John himself —for hope and inspiration when all is overwhelming. There are audiences for whom that is always right, and others who need to shift gears as a refreshing break before plunging back into the dark, cold fray. Probably everyone needs to refocus, towards all the great work that is happening, more often.

For Valutus, it seems right to walk Stockdale’s middle path. It’s not exactly The Camino, but it does tread the rugged terrain between the darkness of the harsh realities and the light of the solutions — and the awesome ‘helpers’ who are creating them. Stockdale’s approach gives us the latitude to lay out the problem in all its ugliness and danger, provided we don’t fail to report all the good that is underway, and steadfastly maintain that the good will prevail in the end.

So we will continue to stare straight at the brink, unblinking. (Even so, look for more uplifting pieces in R.O.I. — and here — going forward).

Thanks for reading. Your comments are very welcome. (And let us know if you think we’ve got this balance right!)

[1] Reprinted by kind permission of John B. Izzo. Thanks, John, for your support.